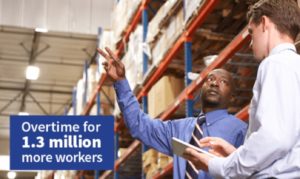 The U.S. Department of Labor (DOL) has issued the long-anticipated final version of its overtime eligibility rules. The changes will take effect on January 1, 2020. As a result, the DOL estimates that 1.3 million workers will be newly eligible for overtime pay. Are any of them on your payroll? Read on to find out. What's Changing? The basic change that takes effect next year is that … END_OF_DOCUMENT_TOKEN_TO_BE_REPLACED 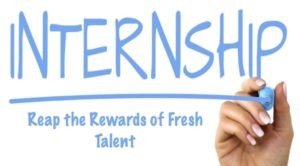 Internships can be the ultimate "win-win" of employment. The intern wins by getting valuable work experience and training, and you win by getting a curious and dedicated worker who could return to your workforce down the road ready to hit the ground running.  One thing interns aren't is a source of free (or low cost) labor, except under certain circumstances. Instances of abuse of unpaid … END_OF_DOCUMENT_TOKEN_TO_BE_REPLACED

Reverse-mentoring isn't a new concept, nor is it widespread, though many companies could benefit from such a program. Pioneered at General Electric some two decades ago, the basic concept is that younger employees have a lot to teach older ones about work-related matters. In some corners of the business world, the idea is broadened to encompass mentoring by employees with diverse ethnic … END_OF_DOCUMENT_TOKEN_TO_BE_REPLACED

The largest and oldest electronic storage and access service for your healthcare directives in the nation. Included with new membership.

It was a pleasure setting up our Trust with AmeriEstate.  They were so easy to work with that I referred several of my friends to them.

AmeriEstate has been a valuable resource for me. Their professionalism and work ethics are outstanding. Concise, accurate advice and answers are just a part of their service. AmeriEstate promptly returned my calls & did everything they said they would do. I really appreciate the personal service I received and would highly recommend them to anyone in need of estate planning expertise.

The representative who delivered our Trust was very pleasant and professional.  He helped us to transfer our bank accounts and investments into our Trust with a minimum of fuss.

My husband was recently diagnosed with Alzheimer’s disease. Thanks to our Trust and some extra effort from AmeriEstate and their attorneys, I was able to qualify my husband for Medi-Cal and protect our estate from the high cost of nursing care.

I knew I needed a Living Trust to protect my family, but did not relish the amount of work, money and time the endeavor would require. I was pleasantly surprised when I found out about AmeriEstate. They do an amazing job of demystifying the Living Trust process and making it affordable for everyone.  This is one of the wisest financial decisions I have have ever made. AmeriEstate delivers what they promise, truly a rare commodity in today’s world.

I was a novice in “Trustee duties”.  But AmeriEstate expertly guided me through the process. They were knowledgeable, patient, and thorough with a positive and caring attitude. If someone has to go through this experience, I can only hope they are fortunate enough to get the assistance of AmeriEstate. They provided exemplary service in helping me work through the process of being a Trustee.

From the estate planner we first met with, to the attorney who counseled with us, to the friendly and helpful people at AmeriEstate, we have been very pleased with our Trust and the service behind it.

My experience with AmeriEstate Legal Plan was above and beyond superb. Compared to two previous experiences I have had creating a Living Trust, this was far and beyond the best service I have ever received. AmeriEstate is very consistent, efficient and exceptional from the beginning to end. I felt very comfortable and at ease.

When my dad passed away, I was understandably emotionally devastated and deeply saddened by the loss. To settle his business affairs, I sought assistance from some of my dad’s trusted advisors, and one of them referred me to AmeriEstate Legal Plan, Inc. The professional legal assistance received from AmeriEstate Legal Plan has been invaluable in helping me handle estate property matters in CA as well as out of state.

When my mother finally passed away, I counseled with AmeriEstate on settling the estate. They said I would be able to access all of the assets and distribute the estate to the heirs listed in the trust without hiring an attorney or going to court.  I didn’t believe them at first, but of course, they were right, and it was very easy!