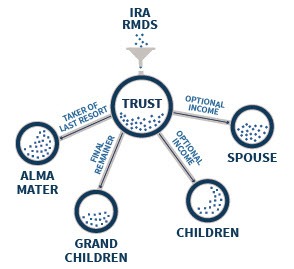 While often viewed as a “gray” area, the reality is that a trust can absolutely become eligible for designated beneficiary treatment, qualifying as a “see-through” trust where the post-death RMDs are calculated based on the life expectancy of the oldest of the trust's underlying beneficiaries.

In order to be treated as a “see-through trust” and qualify as a designated beneficiary, the trust must meet four very specific requirements, as stipulated in Treasury Regulation 1.401(a)(9)-4, Q&A-5:

1) The trust must be a valid trust under state law.

This requirement is rather straightforward – the trust must be legally formed under state law. Generally this just means the trust is not a handwritten trust (not permitted in many/most states), has been properly signed and executed as a trust (witnessed, notarized, etc., as required under state law), and does not contain any provisions that would outright invalidate the trust under state law. For virtually any trust drafted by a competent attorney that was legally signed and executed in the first place, this requirement should be a non-issue.

2) The trust must be irrevocable, or by its terms become irrevocable upon the death of the original IRA owner. 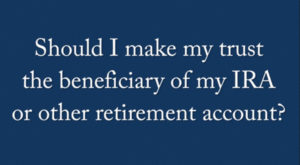 Make sure the trust is properly executed to be a valid see-through trust, though (see #1 above), and be cautious about certain joint revocable trusts that may still remain revocable after the first death. Bear in mind that the IRA beneficiary “irrevocable” trust could still be a subsection of another trust that is revocable (as long as the particular sections guiding the trust-as-IRA-beneficiary cannot be revoked after death of the IRA owner), and that the trust could also be a testamentary trust created under a Will that doesn't even come into existence as an irrevocable trust until the death of the IRA owner in the first place.

4) A copy of “trust documentation” must be provided to the IRA custodian by October 31st of the year following the year of the IRA owner's death. 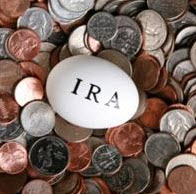 Under supporting Treasury Regulation 1.401(a)(9), Q&A-6, the “documentation” requirement stipulates that the IRA custodian must be provided with either a final list of all trust beneficiaries as of the September 30-of-year-after-death beneficiary determination date (including contingent and remainder beneficiaries and the conditions under which they would be entitled to payments) along with a certification by the trustee that all the requirements for stretch distribution are met under the trust. Or the trustee can simply provide a copy of the actual (irrevocable) trust document itself to the IRA custodian. Notably, while this is a purely administrative requirement, it is a requirement and does have a concrete deadline of October 31st of the year after death that must not be missed.

If the four requirements listed above are met, a trust as an IRA beneficiary can qualify as a designated beneficiary, and the post-death RMDs can be stretched, with the caveat that the stretch will still be calculated based upon the life expectancy of the oldest trust beneficiary of the trust (who would have the shortest life expectancy).