Tax Breaks Seniors Should Not Overlook

Are you an “experienced” taxpayer? Here are a couple of age-based tax breaks that seniors shouldn't overlook when filing their 2016 returns. 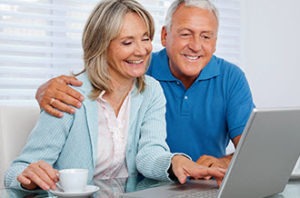 But the standard deduction isn't always the better option for seniors with significant medical expenses. If you paid Medicare insurance premiums or had other significant health care costs in 2016, itemizing deductions (including medical expense deductions) could result in a lower federal income tax bill.

Which option is better for you? For 2016, you can only deduct medical expenses to the extent that they exceed 10% of your adjusted gross income (AGI) or 7.5%, if either you or your spouse was 65 or older as of December 31, 2016. While surpassing the AGI threshold may seem daunting, many seniors will easily clear the hurdle if they include all of their medical expenses.

For each covered person, count the lesser of premiums paid in 2016 or the applicable age-based limit. Beyond insurance premiums, add any out-of-pocket medical costs, such as insurance co-payments and dental and vision care deductibles. These expenditures also count as medical expenses for itemized deduction purposes.

Once you've evaluated whether your medical expenses exceed the AGI threshold, consider other categories of expenses that can be itemized, including:

You should itemize if the total of your itemizable expenses exceeds your 2016 standard deduction amount of:

Also, bear in mind that the AGI threshold for seniors to claim medical expense deductions is set to increase to 10% of AGI regardless of their age, starting in 2017, thanks to a provision in the Affordable Care Act (ACA). However, that could change if the ACA is repealed or revised — or if Congress passes tax reform legislation that takes effect in 2017.

If you're 50 or older, you can make extra “catch-up” contributions each year to certain types of tax-favored retirement accounts.

Roth IRAs. Contributions to Roth IRAs don't generate any up-front tax savings, but — assuming you've had at least one Roth IRA open for over five years — you can take tax-free withdrawals from Roth IRAs after age 59½. There are also income restrictions on Roth contributions. Again, the maximum catch-up contribution for traditional and Roth IRAs (combined) is $1,000 for 2016.

Employer-sponsored qualified retirement accounts. Some company retirement plans also allow employees to make catch-up contributions. If permitted under your plan, you can make extra salary-reduction contributions of up to $6,000 to your 401(k), 403(b) or 457 account, starting the year you turn 50.

Salary-reduction contributions are subtracted from your taxable wages, resulting in a federal income tax deduction. If your state has a personal income tax, you'll generally get a state tax deduction, too. You can use the resulting tax savings to help pay for part of your catch-up contributions — or you can set the tax savings aside in a taxable account to further increase your retirement-age wealth.

Important note: It's too late to make a catch-up contribution to your company plan for the 2016 tax year. But it's not too early to make one for the 2017 tax year.

Relatively modest catch-up contributions can accumulate into a large sum over time. To illustrate, suppose you turned 50 in 2016 and decide to contribute an extra $1,000 to your IRA each year for the next 15 years. Assuming a modest 4% annual return on investment, you'll accumulate about $22,000 in your retirement savings account by the time you turn 65.

The incremental savings can be even greater if your company's retirement plan allows catch-up contributions. For example, if you turn 50 in 2016 and contribute an extra $6,000 to your company plan for each of the next 15 years, you'll accumulate about $131,000 by the time you turn 65, assuming a modest 4% annual return. Plus, contributions to employer-sponsored plans are deductible, which lowers your annual tax bills.

Seniors may be eligible for some special tax breaks that aren't available to younger people. Before filing your 2016 tax return, contact your tax advisor to make sure you take advantage of any special breaks that may be available.

Don't forget to include all Medicare and supplemental insurance costs when totaling up your medical expenses for 2016. Here are descriptions of the major types of Medicare coverage:

Medicare Part A: Hospital insurance coverage. Most eligible individuals are automatically covered for Part A without paying any premiums, because the premiums are considered paid from Medicare taxes on wages while you or your spouse was working. However, if you didn't pay Medicare taxes while you worked and you're not eligible for free coverage, you could have paid a monthly premium of up to $411 for 2016, depending on your income.

Medicare Part B: Medical insurance coverage. Even if you don't qualify for Medicare Part A coverage, you may be eligible to enroll in Medicare Part B coverage. This insurance covers doctor bills for treatment in or out of the hospital, as well as the costs of medical equipment, tests and services provided by clinics and laboratories. It doesn't cover other medical expenses, such as routine physical exams or medications.

Medicare Part C: Private Medicare Advantage health plan coverage. This coverage is supplemental to government-provided Part A and Part B coverage. Premiums vary depending on the plan. If you have Part C coverage, you don't need Medigap coverage (below).

Medicare Part D: Private prescription drug coverage. Premiums for this coverage vary depending on the plan. People with higher income levels pay a surcharge called the “adjustment amount” in addition to the basic premiums. For 2016, the adjustment amount could have been up to $69.10 per month (up to $829 per covered person).

Medigap insurance. This is private supplemental insurance that functions as an alternative to Part C coverage. Premiums vary depending on the plan.

There are no upcoming events at this time.