Several significant tax developments happened last year that may affect federal income tax returns that individual and business taxpayers file in 2017. Here's a quick look at 10 key changes that you should be aware of during this tax season. 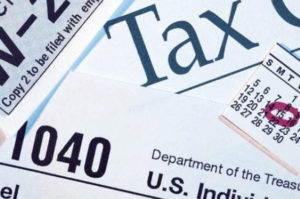 In 2016, Congress adjourned without addressing numerous temporary tax provisions that were set to expire at the end of the year. Congress generally renews these “tax extenders” when they expire, but there aren't any guarantees.

For example, Congress extended all 52 provisions that had expired after 2014 in the Protecting Americans from Tax Hikes (PATH) Act of 2015. Unlike previous tax extenders legislation, however, the PATH Act made a number of these provisions permanent. Several others were extended through 2019, while many provisions were temporarily extended for two years, through 2016.

Stay tuned for additional information on the fate of the tax extenders currently in limbo, as well as details of tax reform measures under the Trump administration and the Republican majority in Congress.

On December 13, 2016 — just over a month before leaving office — President Obama signed the 21st Century Cures Act into law. In addition to funding cutting-edge medical research, this new legislation allows an employer with fewer than 50 employees and no other group health insurance plan to establish Health Reimbursement Arrangements (HRAs) for its employees.

These standalone HRAs aren't subject to certain penalties and restrictions imposed by the IRS under the Affordable Care Act (ACA). Plan ahead: The 21st Century Cures Act applies to plan years beginning after 2016.

Although the ACA might be repealed or modified in 2017, it's still in effect for 2016. Under the Affordable Care Act, employers must file information returns with the IRS and provide information to employees and other responsible individuals.

Recently, the IRS offered some consolation: It extended to March 2, 2017, the due date for furnishing to individuals 2016 Form 1095-B, “Health Coverage,” and 2016 Form 1095-C, “Employer-Provided Health Insurance Offer and Coverage.” This gives employers an extra 30 days to get their paperwork in order.

Taxpayers required to acquire health insurance under the ACA may qualify for premium tax credits to offset part of the cost. Although existing regulations include several favorable safe-harbor rules for determining eligibility, those rules don't apply where an individual, with reckless disregard of the facts, provides incorrect information to a health insurance exchange.

New final regulations clarify that this provision for “reckless disregard of the facts” applies only to the conduct of the individual — not to information provided by any third parties.

Employees are taxed on the fair market value (FMV) of their personal use of company-provided vehicles. For convenience, the IRS permits FMV accounting methods based on the cents-per-mile rule (see “Standard Mileage Rates” above), as well as a fleet average value for employers with 20 or more vehicles, with the maximums updated annually.

Under the Tax Increase Prevention Act of 2014, a CPEO may be treated as the sole employer of employees for purposes of paying and withholding employment taxes. Professional employer organizations can be certified as CPEOs effective as of January 1, 2017.

A new tax law change requires the IRS to hold refunds for tax returns claiming the Earned Income tax credit or the additional child credit until at least February 15, 2017. As a result, many early filers still won't have access to their refunds until the week of February 27 or even later.

Under the new rules, the IRS must delay the entire refund, even the portion that isn't associated with the Earned Income tax credit or additional child credit. The IRS is advising taxpayers that the fastest way to get a refund is to file electronically and choose the direct deposit method.

The Achieving a Better Life Experience (ABLE) Act of 2014 authorized special tax-favored savings accounts for individuals who are disabled before age 26. After the IRS issued regulations on this issue, individual states began rolling out ABLE accounts in 2016.

With an ABLE account, contributions aren't tax deductible. But the amounts set aside in ABLE accounts are distributed tax-free to recipients if they're used to pay for qualified disability expenses. Contributions to ABLE accounts may be sheltered by the annual gift tax exclusion of $14,000 for 2017 (the same as in 2016). Note, however, that if the account balance exceeds $100,000 it will impact SSI (Supplemental Security Income) eligibility.

In general, an individual has 60 days to complete a tax-free rollover of a distribution from an Individual Retirement Account (IRA) or workplace retirement plan to another eligible retirement program. If you inadvertently miss this deadline, the distribution is usually taxable unless you obtain a waiver from the IRS. Thanks to a new ruling from the IRS in 2016, a taxpayer can self-certify that mitigating circumstances caused the failure.

For this purpose, a waiver may be allowed due to:

Important note: Don't forget that qualifying taxpayers may still make contributions, whether deductible or nondeductible, to a traditional IRA until the day taxes are due, without extension. They also have until Tax Day to make a nondeductible contribution to a Roth IRA for 2016. Put simply, the deadline for individuals to contribute to traditional or Roth IRAs for 2016 is April 18, 2017.

Generally, a taxpayer who has over $10,000 in foreign bank accounts at any time during the year must file a Report of Financial Bank and Financial Accounts (FBAR). In the past, the filing deadline was June 30 of the following year. Now the FBAR due date has been moved to coincide with federal income tax filings.

Accordingly, 2016 FBARs must be filed electronically with the Financial Crimes Enforcement Network (FinCEN) by April 18, 2017. Also, FinCEN will grant filers missing the April 18, 2017, deadline an automatic extension until October 16, 2017.

This brief article covered just a few noteworthy tax developments in 2016. The IRS made many other changes that could affect your tax obligations, depending on your personal situation. Contact your tax adviser if you have any questions.